I just became an Aunt. OK, not really. I've been a Aunt for a long time, but my 18 year old nephew just moved in with me.
And I have never been so happily anxious in my entire life. I mean - I am both ecstatic and es-SCARED at the same time. I have no idea what I am doing and yet I feel completely capable. I have worked with teens my whole life, and yet, this is different. This is the closest I am going to come to being a mom. This makes raising dogs seem like playing house. He's a good kid, ur, young man. He comes from New Jersey and is absolutely thrilled to be living out here. He has his own room, complete with humidifier, Sports Illustrated magazine and 235 hangers for his endless supply of tank tops, basketball jerseys and T-shirts. My hallways smell like Axe men's cologne and my dogs have never been happier to have an extra hand around to pet them and tell them how funny they are. I also know more about the NBA than I ever have before. For example, the NBA is an amazing basketball league where players in sneakers named after them trade around to different teams because they have no "loyalty." Jordan is the best basketball player ever, not Kobe. (I agree, but am still learning why.) Oh, and one guy, I forget his name, can fake like he is passing the ball behind his back and then pass it in front of himself. From what I hear, it is quite impressive, but I don't even remember what team he plays for. Obviously, I still need to study for my "NBA" in order to be up to standards as an Aunt.


So far, he has been here a week and I have learned so much about being an "Aunt" including: 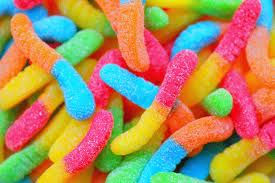 Having my nephew around has also taught me a lot about 18 year olds. I have never spent this much time with an 18 year old before. I have run teen groups and programs, but this is different.

Here is what I have learned about 18 year olds:


And here is a biggie --
Their primary life goal at 18 years old is not college, career or anything like that---it is:
GET A CAR.
Go with it and try to remember how you felt the first time you got to drive your very own useless, back-firing, gas guzzling hunk of metal.
Their second biggest goal is:
TO GET RICH.
And here's their plan on how to do that:

GET LUCKY.
They do not want to work, sweat, study or toil for their riches. They want to get lucky. They want to invent an app. Win it all in a pool hall. Think of a computer gadget no one else has and sell the idea to Bill Gates. Win a TV contest. Be the top dirt bike athlete in the nation (without practicing.) They seem themselves retired to their villa in Belize by 30, sipping Mai Tais from a hammock while being fed gummy bears by a personal assistant in a skimpy bathing suit. If you're lucky, you'll have a run-down guest house in the back where you can pay off the credit card debt you incurred sending them to some over-priced UC school where they majored in Philosophy before dropping out to try out for American Idol.

So, I've learned a lot the last week, but the most important thing I have learned is that I had no idea how much I loved my nephew until he moved in. I have always been in his life--jaunting off to New Jersey every year to visit him and my sister or spending time with him when he came this way.  I have pictures of us together at the zoo, Legoland, his birthday parties, playing catch and riding inner tubes on lakes.  In each picture he ages...he is 4, 6, 10..16...years old depending on which album of pictures you look at. In every one, we always look happy together because we are. There has always been a genuine affection and love between us and anyone who knows me well, knows how much I love him. (If you want to know if you love someone, let them ride their bike in the dark after your bedtime and then see if you can fall asleep. I tried it and the answer is no. I want to apologize to my staff who had to put up with me on Wednesday after I had only slept four hours the night before.)
But it's different now. Not the love, but the responsibility. For both of us.
He's not a baby. He's not a kid, but he still needs me.
I'm not his Mom; I'm still his Aunt, but now I'm not visiting. And I'm not leaving either.
So this tall, stubble chinned, sun burnt shouldered, hairy-legged 18 year old is living in an upstairs room and I am scared to death of what is to come and yet feel elated to be a part of his life.
I know he is watching my every move to learn how he should act in my house and in the world. He listens to what I say, how I say it and who I say it about. I am teaching him every time I open my mouth, every time I move, with everything I watch, read and buy.
And that's what scares the GUMMY BEARS out of me.
One thing I know for sure:
I am in God's hands and he is GOOD.
He loves Brennan and he loves me. I pray everyday for patience, wisdom, strength and then more patience. I pray that God will help me be a good example to this candy-gulping, community college bound, currently unemployed young man from New Jersey. If you pray, please do the same.

And if you know where I can get bulk candy really cheap, let me know.