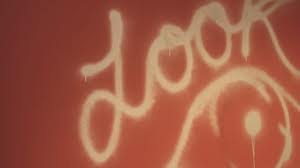 Ask a young person how far they want to continue with their education and they will tell you they want to go to college.  But when you ask them, "How far do you really think YOU'LL go?"  They will respond:
"I probably will be lucky to graduate from high school."
That is if they are black or Latino.  And/or live in an impoverished neighborhood.
That is what I learned from a Harvard sociologist who had studied the problem between what kids hope for and what they think they will actually achieve.  She and her colleagues have fancy names for this issue.  Their studies contain big academic words I don't understand stuck in between more common words like "poverty" "socioeconomic" and "personal identity."  There is a simple way of describing why there is a gap between what these students HOPE to achieve and what they actually BELIEVE is going to be true for them. The gap happens because they:
LOOK AROUND.

Look, I'm a white woman who didn't grow up rich, but certainly didn't live in a tough neighborhood by any stretch of the imagination.  My parents are highly educated.  I have a degree and a great career.  When I first started my support group I wasn't sure it would work.  In the beginning, I got looks from the girls like, "Who the heck is this white lady?  Is she here to lecture us?  What the hell does she know about what it's like to be me?"  I saw a lot of hard faces, arms folded across chests and lips closed tight.  It took me quite awhile to build trust with the girls in my groups, but after awhile I did, and they stopped seeing my color. They saw that I cared for them and listened and valued them and the color faded.  Then they poured out their hearts to me and to each other. I often described that first "break-through" session as feeling like I had taken my finger out of the hole in an emotional dam.  Years and years of hurts and wishes and struggles would come pouring out with the simplest question.  They were STARVING for someone to just listen.  They would rarely miss a session and complain when it would end.  They would tell the new girls who wanted to join the group a little bit about me.  Give them the inside scoop on the "Wera."  "Yeah, she's white, but she's more like a burrito.  White on the outside, brown in the middle."  It would make me laugh.  I was blessed just to know them.  Blessed to be given the opportunity to listen and help in whatever way I could. They taught me so much.  In fact, they changed my life. I can't help but LOOK AROUND and see so many just like them who struggle to hang on to their dreams while the scenery around them says, "Give it up sister!" I remember Stacie and Ines and Juana and Edith and their faces propel me to do more to help. I want young people in tough neighborhoods to LOOK AROUND and see people who are willing to lead, love and support them so they can turn what's in their hopeful hearts into reality.  I can do more.  I can't do it alone.  There are so many who need support. Just LOOK AROUND.

A Rice Professor (and Christian) shares her journey out of poverty and provides more information about this topic:
http://www.veritas.org/Talks.aspx#!/v/1264

If you want to help, a good place to start is here:
Waiting for Superman http://www.waitingforsuperman.com/action/
Big Brothers-Big Sisters http://www.bbbs.org/site/c.9iILI3NGKhK6F/b.5962335/k.BE16/Home.htm
Posted by Hope Horner at 6:23 AM