Thank You Curt, For Country 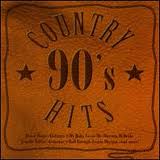 I thank Curt Cobain for introducing me to country music.
When he and Nirvana and the rest of the rock grungies in the 90's all started yelling and moaning and thrashing and moshing, I checked out of the popular music scene. Goodbye Top 40! I wondered where I would go now that 80's music was over.  No more happy days of pop synthesizers, seagulls in flocks, material girls and East End boys. No more parachute pants party music about love and stopping the world to melt into love and love being a battlefield...oh, what would I do?
I turned to country.
And as it turns out, lucky me, I turned to country during the decade (the 90's) often considered my country music buffs as the best decade for country. (Arguably, but let's face it - SiriusXM has a whole station dedicated to 90's country music and there are plenty of folks in cowboy hats who agree with me.)  Veteran country music stars like Clint Black and George Strait were really hitting their stride.  Garth Brooks ruled and the new guy - Tim Mc'Graw- was some skinny dude in tight jeans that wrote songs about being an Indian Outlaw. Wynonna left the nest and stepped out on her own to release a few solo albums. Faith Hill and Martina McBride were blowing up the charts with their impressive voices and pretty faces.  I tuned in and liked what I heard. There was less twang or "whack-a-do" as I call it than there was in the classic country of years past (i.e. Dolly, George Jones, etc.) Just good music with stories to tell. I built up my CD collection and went to a few concerts. To this day, I still listen to a lot of the artists I found then - Mary Chapin Carpenter, Diamond Rio and Dwight Yoakam.
So, basically Curt, I have you to thank for turning me into a country music fan.
And I got to thinking...
Maybe that is why life is uncomfortable sometimes? Sometimes it takes discomfort in the old world to move us into the new. I kind of hate to accuse God of making me "uncomfortable" but then again when I read the Bible and have to say that sometimes he does do things to move people from where they are to somewhere else, or shall we say he uses certain situations or people to move people? (He chastens the ones he loves!)  Of course he is always in control, but it isn't always easy to believe that when I'm uncomfortable. I guess that is why it is called faith. When I get uncomfortable, I forget that it may actually be a good thing. He may have something better in mind.
I am facing some discomfort right now in my life and it makes me wonder what else is out there?  Where is God going to take me now? Am I supposed to just persevere through this or is it time to break-up with Curt Cobain and say hello to Garth Brooks?
Only God knows, but I trust Him.
True, I do miss the days of 80's music when everything in my life was happy, fun, poppy and big Aquanet hair was cool and even encouraged. But those days are over.
Maybe it's time for a change. 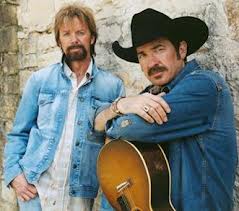 Maybe this "grunge" is meant to make me move on. Think differently. See myself, others or my purpose in a new light. Learn or find something new. Maybe I will be moved to something new or maybe I will have to mosh through the grunge pit for a little while longer, do the best I can, pray and trust until, rising, I find myself in a whole new place either physically or mentally.
When I do get out of the grunge pit, I really hope Brooks and Dunn are there.