A friend of mine hasn't been to church in a very long time. This has caused her Southern Baptist parents a considerable amount of angst. She often vents to me about all the ways they have tried to coax her into going to church.

"Maybe you'll meet a nice man there?"  This they said after she divorced.
"Wouldn't it be nice for your son to participate in Vacation Bible School?"  He did drama camp instead.
"And there would probably be a lot of nice folks there who could support you during difficult times." There were, but she never had the courage to go meet them.
Their last attempt came recently when she moved. They sent her a list of all the Southern Baptist churches in the new area where she lived.  She called me about it.
"Do they really think I don't know how to find my own church? I mean, my Dad actually sent me a copy of of all the listings of the Southern Baptist churches. Do they think I don't know how to use Google?"
"Evidently," I said. "And they sent you only the Southern Baptist churches?"
"Yup."
"Wow. You should send them back a page of Unitarian churches in their area."
"Ha. Not funny."
She called me a few days later to say she had found a church. It was a United Methodist church just a few blocks from her house. She didn't find it in the phone book or through Google. She found it through their outreach work with the homeless. I was suprised she found it at all because I wasn't sure she was looking for a church.
"Since we moved here, I see them out there all the time trying to help the homeless and I just think that is what Christians should be doing, you know? Helping people and being kind and stuff. I just don't want to go to some church full of white people who sit around and talk about God all day."
"You mean like the ones you grew up in?"
"Yeah," she said. "I can't stand how some Christians only care about other Christians and just figure they can let the world go to hell in a hand basket because Jesus is coming back to take them out of it anyway."
"Yeah, let's hope we all get raptured before the polar ice caps finally melt."
"Exactly! So I stopped in at the United Methodist Church and saw that they have a lot of programs in the community to help people in need. It's cool. I want to do that. I mean, there mission is 'making disciples of Christ for the transformation of the world.'"
"That's awesome! Glad you found somewhere you like."
"Well, we'll see. I'm going to go for the first time this Sunday." I could hear the hesitation in her voice. It has been years since she sat in a church pew.
"Have you told your parents about the church?"
"Yeah, I mentioned it yesterday." 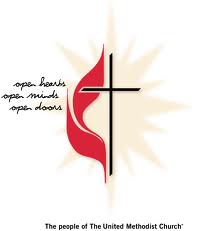 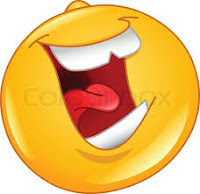 Yes, LOL, my sister--
Laugh Out Loud...even in church!