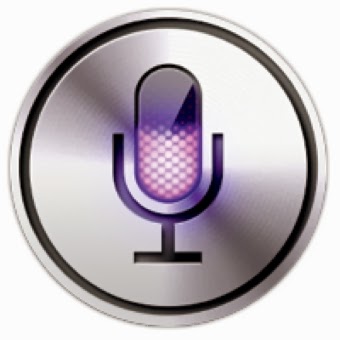 Today I asked Siri a few questions.
For those of you who don't know Siri--she's the "woman" on the iPhone you can ask to do various things for you like "Open email" or "What is the weather going to be like today?" and she responds like a real person, only without all the questions and whining and back seat driving. Every once in awhile she is unresponsive (probably takes lots of coffee breaks), but on average she is pretty reliable.
Today, I asked her how she was doing.
She said, "I'm fine. Thank you."
I asked, "Siri are you real?"
She responded: "No comment."
I laughed out loud. I had to keep going.
The movie Bruce Almighty was on TV so I asked, "Siri, are you a Christian?"
"It's all a mystery to me."
I laughed at that one. This was fun, but I had work to do around the house. The lawn needed mowing and the rain was coming this week, so I thought I better do it now. I chuckled as I put my iPhone down on the kitchen counter-top. I debated asking Siri to do the dishes for me.
Later that day, because I was so tickled by her first answer, I decided to ask her again. "Siri, are you a Christian?" No joke, this was her answer the second time around:
"I would ask that you address your spiritual questions to someone more qualified to answer. Ideally, a human."
Ouch.
Wow, Siri, I would have been totally fine if you would have said:
"Nope, I'm a Jew."
Or
"Heck no, sister.  I'm an atheist piece of plastic."
I promise I wouldn't have thrown you across the room.
If you had responded that you were a Satanist, well, my response may have been a little different, but you would probably still be sitting safe and sound in your protective cover like a dear, dear friend of mine who reads all my personal emails and scans my vacation pictures.
After all, like you said, you are not a human.
Why am I even talking to you? (Those of you in the blogosphere are probably wondering the same thing.)
Well, because I was curious how you would respond.
And when your second answer came back and told me to direct my spiritual questions toward a human, I felt well, foolish at first because a device was telling me what to do, but then I thought...
Girl, I HAVE directed my spiritual questions toward humans!
FOR MANY YEARS! And I am still as confused as ever.
Ask one Christian and you'll get one answer. Ask another and you'll get another.
Is the Bible infallible?
Are Catholics Christians?
Do you have to be baptized to be saved?
Can non-believers participate in communion?
Can you be gay and Christian?
Is dancing OK?
What about eating meat on Fridays?
Alcohol?
Female pastors?
So, Siri, don't tell me to ask a human. I'm tired of asking humans and listening to all the dogma and the religious mumbo-jumbo and the "don't do this" and the "please do that."
I liked your first answer better.
It's a mystery.
It sure is.
And I am fine with that.
I know that I don't believe Jesus was just some loving, nice guy who taught great things about love and then died a terrible death.
I believe he was God come to us.
I believe he did not stay dead.
I believe he has me in the palm of his hand. I believe he has the whole world in his hands, just like that Sunday School song says.
Hey, wait, that makes me wonder. Should I ask Siri if she believes the world is 6,000 years old? OK. Here goes...
Siri, do you believe the world is 6,000 years old?
Waiting for her response....
"It really doesn't matter what I believe."
What?! But Siri, it DOES matter!  For goodness sake, stop being so wishy-washy! Choose a side sister!  What'll it be!?"
Then I remembered I am talking to my iPhone. And the answer doesn't matter. Who cares? 6,000, 60,000, 60 billion.  Does it REALLY MATTER?!?!
No, Siri, don't answer that one. I'm just talking, ur, yelling to myself. Back to the blog.
I don't know about all the religious fine print. I am not a theologian, nor do I want to be. I don't have all the answers to the big questions and you know what?  I am starting to care less about all that stuff. I want to be comfortable with the mystery. I want to get back to the basics.
Jesus changed everything.
I want him to change me.
Change my heart.
Make it loving.
Toward him.
Toward all.
Even mealymouthed Siri.
Whoever she is.