Is That 'Raca' I See In Your Eyes?

During a discussion about "giving others the benefit of the doubt" one of my co-workers said he had heard it put this way:
"Investigate before contempt."
I said, "Contempt? You sure you mean contempt?  Maybe you mean 'investigate before convict'?"
He said, "No, no, contempt...I think."
I raised my eyebrows. "Wow. Contempt is a pretty harsh word." Everyone just kind of looked confused about the whole thing, and we went on to the next topic, but the word stuck with me.
Later that day, I was reading Dallas Willard's book The Divine Conspiracy where he describes Jesus' Sermon on the Mount.  Read Sermon Here
You know "Blessed are the (fill in the blank) for they shall (fill in the blank)?" Well, there is more to this epic sermon than those famous lines. Jesus goes on to say this: 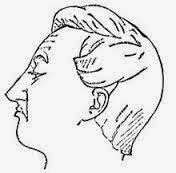 Dallas explains that the word "Raca" is a word filled with contempt. It is the modern day equivalent of calling someone a "f'-ing bastard." It is a term of reproach. It means that you not only hate that person, but you could care less what happens to them. They are discarded trash to you. A loser. Disposable. Dead to you.
I could hardly believe the word contempt was popping up again.

Then I was reading the short story "The Partridge Festival" by Flannery O'Connor (The best short story writer EVER!) and I am not ten paragraphs in and the word contempt comes up. It was used to describe the look in the townsfolk eye when they talked about the local "drunk" who was shot to death at the town festival along with four others. They said the shooter "did everyone a favor by taking out that drunk." Wow, now that's contempt. The word contempt was also used to describe the look the main character gives these townsfolk when he hears them describe the local drunk as "not deserving of being honored at the same funeral as the rest who were shot."
Contempt.
Popping up a lot lately.
I think about it in the morning when I am watching the news and the local traffic comes on. It always bothers me when they describe a fatal accident as a "real inconvenience to drivers."
"Sorry folks, we had a fatal on the 405 this morning and so there's a real bottleneck near the Getty Center. It's going to be a tough drive out there for quite awhile until they can get this cleared off the road."
Poor people are going to be late for work.
Meanwhile the dead man in the mangled car in the breakdown lane is never going to go to work again.
Or go home.
Or go to his daughter's wedding.
Or his son's first football game.
But gosh darn it, I'm going to be late to my advertising meeting!
It's like we don't even see the humans in humanity anymore.
Think about all these immigrant children who are escaping Honduras, Guatemala and other Central American countries.  They are walking hundreds of miles with just the clothes on their backs and crossing the border in Texas. We just see them as "immigrants" and "ones who need to be sent back" or "kids who parents are using them as pawns" - what?? These are PEOPLE.  KIDS. HUMAN BEINGS. Take off your political glasses for one minute and see them with your heart. They are fleeing drug violence, hunger, poverty and hopelessness.  Can we not at least temper our comments about dead people on the freeways and the walking dead to at least try to sound like we actually notice that they are people, just like us?  They matter. Maybe not to you. But they matter to God.  Try to set your busy commute and your politics aside and let your heart get in the way. It's a short step from "those people" to "those contemptible people."

There's contempt all over the place.
Remember the young man who shot, stabbed and drove his car over those students in Santa Barbara not long ago? He thought of others as "raca" because he felt that is how they viewed him. His feelings of rejection became fuel for his anger which fanned his firestorm of revenge. His actions were not justified, of course, but there was 'raca" all over that terrible incident.

And there is nothing worse than feeling like a raca.
Like you don't matter.
Don't belong.
Like an outcast.
Like you serve no purpose other than to be a burden on society or the butt of the joke.
Like you could die and no one would care.
It's why solitary confinement is so torturous. Why isolation is so dangerous to the mind, body and soul. We were meant to belong. We were meant to matter. We wither like a plant without sunlight if we do not receive love and assurance that no, we are not raka, we are real - we are friend, family, we are human and we are loved.
Let's give people the benefit of the doubt.
Let's remove contempt from our eyes, words and heart. 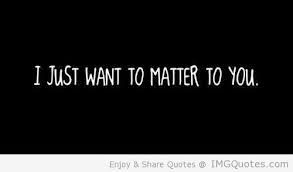 Picture a sign on each person's forehead that says, "I want to matter" and find a way to assure them they do, not only to you and to others, but to God.