Starbucks at 3:30PM and Other Things to 'Pour Over'

At 3:30 p.m. I ordered a Starbucks coffee. Not a fancy mocha-latte or an iced coffee, but a traditional, run-of-the-mill hot coffee. 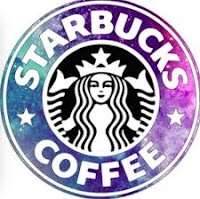 The employee who took my order stammered.
"Ah, OK, well, let me check because we stopped serving our blonde roast at, uh, around noon so it means in order to do that, I would have to do a 'pour over.'"
"A pour over?" I asked.
"Yes, because we no longer have it brewing this late in the afternoon, I have to do what's called a 'pour over.'"
I had no idea what he meant, but I pictured him going through the trash in the back to retrieve a filter full of used coffee grounds from the morning and pouring hot water over it. I did want coffee, but not that bad. Or maybe it meant that he was going to have to use some special pouring device to hand make my coffee? Either way, I wasn't sure so I asked.
"What do you mean by a 'pour over'?"
"It means I have to grind the beans and then pour hot water over them. I have to make it especially for you because there's none brewing. Hold on, let me ask if I can do that."
He turned to a co-worker behind him who was busy pouring milk into a cup.
"Hey Melissa, can we make a blonde roast right now?"
"Sure," she said, "but you'll have to do a pour over."
"Yeah, I told her that." He turned back to me and said he could do it. He sounded disappointed.
"Thank you." I said.
But that's not what I wanted to say. The sarcastic wheelhouse inside my head was spinning as I stepped away from the counter and headed toward the pick-up area.
You mean a 'pour over' is when you grind coffee beans and then pour hot water over them? Isn't that called 'making coffee'?! Wait a minute! Aren't I in a coffee house? Or did I make a wrong turn and end up ordering coffee at the service desk at Lowe's next door? Nope. Here I was in a brand new Starbucks ordering a short blonde roast at 3:30 p.m. and because it wasn't 7 a.m. or 9 a.m. or even 11:59 a.m., they were going to have to make it special just for me.

They would have to make coffee in a coffee house.

While I 'poured over' this absurdity waiting for my special order joe, I looked around at all the folks hanging out inside the store. A few were sitting at round wooden tables talking, but most were sitting alone--their ears plugged with headphones-- typing or scrolling on their devices or laptops. Everyone seemed to have a plastic cup full of melting ice or dissolving foam. Some people were only a few inches apart on stools, yet entirely in their own world. I thought about all the opportunities they were missing to talk, to get to know each other, to find out what they had in common. I sighed. Nothing wrong with doing your homework, answering a few emails, or typing up that report for work, but when did we start going to public places to do stuff privately?
Probably about the same time fancy machines started making coffee.
Is that why it's a big deal when someone orders coffee after lunch? We can't just grab it from the machine behind us. We have to grind and pour. By hand. Make it special. It takes time. A personal touch. Patience.
So this makes me wonder...At some point will it become a big deal, maybe even a hassle, to talk to people instead of texting them? Will we get so used to machine-conducted communication that when we actually have to talk face to face we will feel inconvenienced? Will it feel old-fashioned, unfamiliar and slightly annoying? Will talking become a 'pour over'?  We can do it, but we'd rather not?
I see it happening already. Meeting in  person is so "yesterday" when you can just Skype, email, text or Facetime. And by "yesterday" I mean 1990's. It really hasn't been that long since technology started changing how we communicate, including what we do when we're waiting. Speaking of waiting, my coffee was taking quite awhile. I was starting to wonder if they had to go out back and pick the beans. Now THAT would be asking a lot. I could hear my cell phone calling to me while I waited. "Check your email!" it said. "See how many likes your post got!" it beckoned. I resisted the urge to disappear into my own world. I'm going to do things the old fashioned way I thought. I'm going to TALK to someone in a coffee house. Engage. Be friendly.
I looked around. There were a few people waiting for their coffee just a few feet away from me. I could strike up a conversation. Share my 'pour over' experience. Mingle.
But I need my coffee first. Especially after noon.

-Hope A. Horner, 2017
Contact author on gmail at hopeh1122 for reprinting, publishing or to comment.
https://twitter.com/hopenote
#starbucks #putdownyourphoneandtalk
Posted by Hope Horner at 10:53 AM