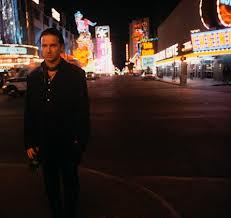 When my Dad said he liked a U2 song, I about fell out of my chair.  I was in my twenties at the time and it was totally unexpected.  This is a man with a doctorate in Theology who's biggest venture into the world of "secular" music is The Carpenters and the soundtrack to Chariots of Fire.  When I was a child, I remember once in awhile he would put on a Johnny Cash album--never on Sundays and always with caveats.   Johnny was a drinker and paid a price.  Johnny was rebellious and got in trouble.  Just love that baritone voice though.  None like it!  Don't take your guns to town son, leave your guns at home...I fell in to a burning ring of fire, I went down, down, down...