Dreaming on the First Floor 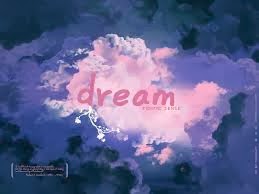 Last night I had a very soothing dream. I dreamed that someone, who I will allow to remain nameless because they do actually exist outside the dream world, met me at my work and told me that the "tough stuff" I have been going through over the last few years was "ridiculous." He said he could understand why I would be hurt. This person, who happened to be a very important man, said he could not believe how it had "all gone down." He told me he was surprised that I had held up so well. He said he noticed I had quietly "gone off the radar" and missed seeing me. Then he gave me a big hug and told me to "bounce back" and "continue doing great things." As he said this last line, he was holding my shoulders and looking me right in the eyes. It was a very powerful moment. Then he disappeared out the front door of my office building as quickly as he had appeared. I stood there, in my office, speechless. I felt relieved, validated, soothed.
Then I woke up.
I am one of those people who can remember most of their dreams.That's always been true. Even as a child, I remember waking up from vivid dreams and being able to recall and retell them, some I can even remember all these years later. I remember one where a giant sized ball of tightly wound yarn and a huge shiny 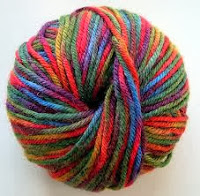 needle were in the middle of a big empty room, just sitting there, looming ominously over me like something in a sewing museum. I would stare up at the giant strands of yarn and marvel and feel slightly anxious.
I remember one dream where I am running down a long pier made entirely of dark jagged rocks that stretch out toward the ocean. I teeter as I run too close to the craggy edge, the ocean waves crashing way below. The pier was always very dark, the rocks black, wet, drenched in sea water and foam and the time of day was always the very late afternoon, right before the sun goes down. I had this dream many times and the giant sewing kit dream more than once. And of course, like all good kids, I had the dream of being chased by dinosaurs. One night, while running from a T-Rex as fast as I could (Where was that cave? The Land of the Lost folks always found it!), I woke up with a thump and pain in my mouth and realized I had fallen out of the top bunk of my bunk bed and bit my tongue. At least the dinosaur didn't get me.
Dreams can be strange. But the one I had last night was very soothing. I know dreams are something that MY brain makes up so it should come as no surprise that this very important man said words I needed to hear. He validated my suffering. Something about that was, and is, very healing. To just have someone say, "I hear you and you have every right to feel that way" can be so reassuring. I try to say those words when I am listening to people who are struggling -- try to help them feel not so "crazy" for feeling the way they do, because let's face it, with rare exceptions, we have all felt "that way" haven't we?
Lately, I have not felt in touch with my spiritual side. I have felt a bit discombobulated and lost due to a variety of things including the "stuff" that this VIP man in my dream was trying to help me get over. 2013 wasn't a bad year by any stretch, but it was challenging to say the least. I cried as hard as I have ever cried a few times, but also shared quite a few hearty laughs and celebrated a number of successes. I guess that is how life goes, but I really was glad I had that dream last night, before the end of the year, to help me put a little more "closure" on a rough patch from the past year.
The other day, I picked up a little book by Andrew Murray entitled "Abide in Christ." (Get it here for $1!) It is about 50 pages long and divides up nicely into 31 readings. I read the introduction and preface yesterday and plan to read one chapter each day in January. The book is about how Christians starve on the first floor while the second floor is full of food. In other words, we don't know how good we have it, how loved we are, how Christ wants to bless, comfort and heal us, so we writhe around in our misery, starving and weak, on the first floor of our troubles instead of abiding in Him. If we only knew. If we only reached out.  Seeked. Asked. Knocked. I am sure I found this book for a reason. I'm not a spooky mystic, but I do believe that many things happen for a reason. Like soothing dreams. And small books at Thrift Shops strategically placed at eye level.
Maybe I will find this book to be like the kind man in my dream last night? Maybe while I have been down here on the first floor eating Top Ramen, there has been home-made lasagna on the second floor? Maybe while I have been trying to lift a heavy box all by myself on the first floor, there has been endless pairs of helping hands on the second? Have I been running from dinosaurs on the first floor when there has there been a safe haven just above me?
That's what Mr. Murray is going to try and tell me in his little book. Maybe that is what the VIP man in my dream was trying to help me understand? Don't disappear. Don't struggle alone. Don't just dream on the first floor. Come to the Second Floor.
Now if I could just figure out what in the world that giant yarn ball and sewing needle was all about? Maybe I missed my calling as a seamstress?
Yeah right.