From the Writer's Nook

I am one of those people who loves to write. You know, the kind of person that non-writers can't stand? The conversation usually goes like this:
Ugh. You LIKE to write? 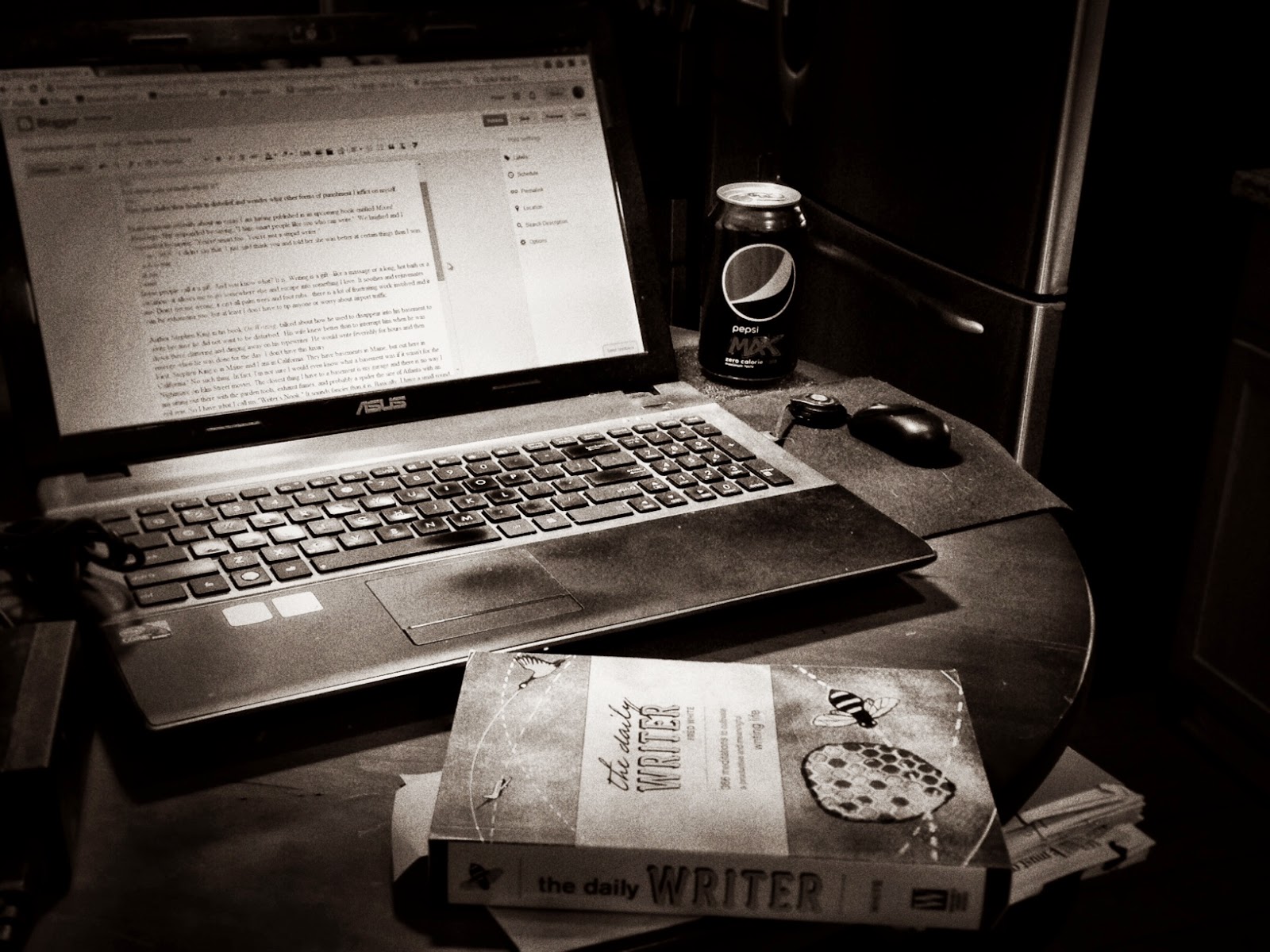 Yes.
You mean you actually enjoy it?
Yes.
They just shake their heads in disbelief, mumble something about barely getting through English class in high school and wonder what other forms of punishment I inflict on myself.

I told someone recently about an essay I am having published in an upcoming book entitled Mixed Blessings. She responded by saying, "I hate smart people like you who can write."  We laughed and I responded by saying: "You're smart too. You're just a stupid writer."
No, no, NO! - I didn't say that. I just said thank you and told her she was better at certain things than I was, which is true.
But me?
I write.
Some people call it a gift. And you know what? It is. Writing is a gift--like a massage or a long, hot bath or a vacation--it allows me to go somewhere else and escape into something I love. It soothes and rejuvenates me. Don't get me wrong, it isn't all palm trees and foot rubs--there is a lot of frustrating work involved and it can be exhausting too, but at least I don't have to tip anyone or worry about airport traffic.

Author Stephen King in his book On Writing, talked about how he used to disappear into his basement to write because he did not want to be disturbed.  His wife knew better than to interrupt him when he was down there clattering and dinging away on his typewriter. He would write feverishly for hours and then emerge when he was done for the day. I don't have this luxury.
First, Stephen King is in Maine and I am in California. They have basements in Maine, but out here in California? No such thing. In fact, I'm not sure I would even know what a basement was if it wasn't for the Nightmare on Elm Street movies. The closest thing I have to a basement is my garage and there is no way I am sitting out there with the garden tools, exhaust fumes, and probably a spider the size of Atlanta with an evil grin. So I have what I call my "Writer's Nook." It sounds fancier than it is. Basically, I have a small round wooden cocktail type table in my kitchen that has a laptop, some obsolete pens and a desk lamp with a $10 bulb. Nothing fancy. I don't have inspirational posters or a photo collage of famous poets up on the walls. There's no view of the mountains or fluffy bear rug. It's just me, my Asus laptop and view of the GE Profile fridge. And my time alone to write? My "Do Not Disturb" hours?
3-6 a.m.
Yeah, you read that right. Actually weekdays, it is more like 4:00 to 4:30 because I have to go out for a run, and get ready for work so I only have a few short minutes to get the sleep out of my eyes, fire up the laptop and type. On the weekends, I get up early and write for several hours. I am an early bird anyway, but that is the only time I have to myself, when I do not have any other obligations and also when it is quiet --with the exception being one of my dogs scratching the door to go outside for the fourth time in ten minutes.
So my "Writer's Nook" is just that--a little escape from the world in the middle of my kitchen in the wee hours of the morning. As long as I have my laptop, Pepsi Max and a good idea, it feels like a gift.
Now, if you'll excuse me I have to let my dog out.
Again.