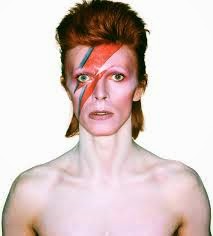 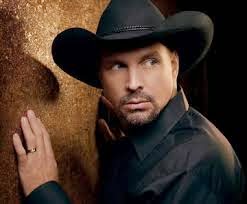 Recently, I talked to a woman who could not enjoy music. She could hear it, but she couldn't differentiate the tones. She was middle aged with reddish brown hair, her glasses dangled on the end of her nose as we sat in a large, busy room together. She explained that her hearing loss started in her thirties--sounds slowly fading, the world getting quieter and quieter until suddenly at age 40--

SILENCE.
She said she had a cochlear implant about ten years ago which brought sound back to her world, but she wasn't hearing as well these days because the implant was due for an "upgrade." It sounded like something you did on the computer or your smart phone. She explained that once her doctor changed her current implant to the latest model, she would probably hear music clearly again. For now, music didn't sound so great. She said that she had been listening to David Bowie in her car that morning and thought, "Bowie doesn't sound right--it doesn't even sound like him." I jokingly said, "So when David Bowie starts sounding like Garth Brooks it is time to upgrade, huh?" She laughed loudly and said, "Exactly!"

You would never know that she went completely deaf and now only hears thanks to a device implanted deep in her cheek that picks up sound waves and sends them to her brain where each vibration can be decoded as a certain word or note. The only reason her brain can do this, she said, is because she USED to be able to hear just fine. She said if she had not gone in right away to have the implant, over time, her brain would have forgotten what these signals meant and her understanding of the sounds around her would not be as good as they are today. Even though she warned me about her hearing when we first sat together, she spoke clearly and seemed to hear quite well. We were about to judge an essay contest and she wanted me to know that she might not be able to hear everything I said because of her hearing issue, and also because we were in a noisy environment which she said makes hearing even more difficult. She explained that all the background noise just blends into "white noise" and makes distinguishing any actual words difficult.
I thanked her for sharing her story with me and we finished judging the essays. She headed out with a friendly wave while I sat and thought for a minute...

Who knew you could go deaf smack dab in the middle of your life?
One minute you are rocking out to David Bowie's "The Man Who Sold the World" and the next minute you're wondering "What's happening to the world?" when Bowie starts singing in a whisper, then doesn't sing at all.

And what about that "White Noise" - the blend and blur of all the racket going on in the world? Pretty soon you don't hear anything anymore - it's all just NOISE. Everybody is so loud. Everybody sounds the same. David, Garth, John, Paul, George, Ringo...Manny, Moe & Jack. It's like the sound of the TV turned on full blast, but with no signal.

Her story inspired me to do two things:
1)  Be thankful I can hear.  There is so much I love to listen to -- wind chimes, music, ocean waves, the voices of those I love, bird chirps and dog barks--AND NOW...even a blaring ambulance siren because it means I CAN HEAR.

2) Pause and try to hear through the white noise to what is really there. The din of the world can make us numb; it can all just blend together into a big wave of noise that goes crashing in one ear and washes out the other. But in that giant wave, are PEOPLE--The cries of those drowning in the wave of humanity. The whimpers of the broken-hearted. The screams of those who might give up or lash out in their fear. The shouts of those who need help. The sighs of the lonely, hopeless and helpless. Listen for them. Hear them. Help them.
Because when Bowie starts sounding like Brooks, it's time for a hearing upgrade.