The hawks have been fighting all day. Three big obnoxious ones, circling over the dry creek bed that lies just a few yards from my backyard.  It's a bunny buffet, but they don't seem to be looking to fill their bellies.  Today, they would rather dive-bomb each other and squawk.

I was outside with my dogs this morning when the Hawk Squawk began. The big birds screamed, flapped, and tumbled mid-air for a few minutes, then circled lower and lower, closer and closer to my backyard, until I thought one of them was eyeing my little Chihuahua for a quick brunch between bouts. I sprung out of my lawn chair and grabbed Cinnamon so hard she yelped and gave me a dirty look. I told her that she would thank me later because my fingers jabbing into her ribs would feel a whole lot better than the un-manicured talons of a hungry hawk. My other dog, Maya, is bigger, maybe 30 pounds and stocky, like a dachshund--a hawk would probably pull a groin trying to lift her up so I didn't panic so much over her. I just called her inside while I carried Cinnamon under one arm. Maya looked at me like I was crazy because we had just gone out, but she trotted right inside.  I think she could hear the urgency in my voice, but then again she is afraid of her own shadow, so it doesn't take much to get her to run inside.
The hawks circled and squawked for a little while longer and then drifted off, out of eye's view to the section of the dry river bed on the other side of the bridge. I hoped the wind would carry them away to the next valley. It's not that I don't like hawks. I appreciate their beauty and purpose in the circle of life. I just don't particularly want to see Cinnamon go airborne.
The hawks didn't go far.  They came back a few hours later. This time, there were only two. One was obviously pretty angry and acted as the aggressor, while the other hawk mainly tried to get away, but occasionally they would tussle in mid-air. Then, as if they needed a break, they would separate and circle peacefully as though nothing had happened--go quiet and just soar in the gray-blue sky. I noticed something peculiar when this would happen. When the hawks would shut up, the little guys would start up. The sparrows, wrens, and assorted songbirds who attach themselves to my bird feeders and perch along my back fence, would get noisy and spring to life as soon as the squawking stopped.  In a chorus of joyous peeps and flaps they would appear to gobble up seed, jump around in the trees and flit on and off my back fence. Maybe they were watching the hawks too, like me, and when they heard the squawking, sensed danger and shut up? I have heard that hawks eat smaller birds, but maybe that is just bird urban legend. Anyway, these little guys would start chirping and hopping around as soon as the hawks would shut their big mouths. Or beaks that is.
And I realized that this happens in the world of humans, too.
There are the people who do all the talking. The Hawks.  You know who they are. They're the ones you can tell are in the room without even looking. They monopolize meetings. Dominate dinners. Control conversations. They verbally intimidate. They can't wait to say what they think. They always have to chime in. Always have an opinion. In fact, they have opinions about opinions. They're more interested in being heard, then hearing. They don't always come out squawking. Sometimes, they begin sentences with fake-humility chirp lead-ins like this:
"I don't mean to be rude, but..." (Then they usually are.)
"Sorry to interrupt, but..."  (No, you aren't!)
"Maybe it is just me..." (Yes, it IS.)
"Call me crazy, but.." (OK!) 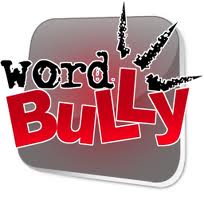 "I really have to chime in here..." (As if you ever DON'T?)
"With all due respect..." (And now with total disregard for it!)
Then they SQUAWK.
They love the sound of their own voice.  They have favorite words and phrases like:
"Ladies and Gentlemen"
"Good people"
"Folks"
"Furthermore"
"Certainly"
"Listen here"
"Facilitate"
"In lieu of"
"Once again"
"If I may offer a word of advice/caution/wisdom"
and "After further review"
They never miss a conversation or an opportunity to butt into yours. When they say, "Let's hear from others" what they really mean is "Let's hear from others who agree with me and my worldview." When they ask, "What do you think?"  They are really asking, "You agree with me, don't you?"
And if you dare to utter a word that isn't in line with their way of seeing things?
That's when the Hawks Squawk.
Just like the dive bombing that went on outside my window today, hawks love a good fight. They like to stir the pot. They would be very helpful if you were shipwrecked on a deserted island and it was getting dark because they could start a fire where their wasn't one. They disagree just to disagree. They love to play "The Devil's Advocate."  They are so good at this role in fact that they probably receive a ashy, singed paycheck twice a month.  It's bad enough if someone they LIKE disagrees with them, but when someone they don't dares to challenge them? Oooh, let the swooping begin- - and the noise!  Big squawks in important meetings, little sarcastic squawks in passing, whispered squawks behind a cupped hand to someone sitting next to them, little passive-aggressive huff and puff squawks of indignation and disgust...They circle and circle and squawk and squawk and pretty soon we all just want to cover our vulnerable bellies, grab the innocent and run inside.
During all this hawk squawking, the rest of us become silent little birds.
We retreat and go quiet.
We wait until they have finished their tirade or their tantrum or their "little outburst".  We're silent until they are done stating their opinion on the matter at hand. (You know the one they say that ALL decent Christian/Democrat/Employee/Member/Fill-in-the-blank people should have?) The Big Birds bully the little birds into sitting quietly in the office chair, in the meeting chair, in the committee chair. Hawks like hot seats. Little birds prefer chairs warm and comfortable--like a nice, smooth branch away from the wind and too high for the neighbor's cat. 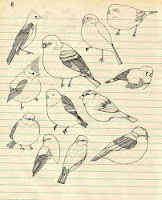 C'mon Little Birds!
Let's stop hiding. Stop muting ourselves.
Let's come out of the bushes and chirp!
Let's break our silence.
We have something to say that matters, too. We have a different perspective that needs to be heard. We can't just let the hawks do all the talking.  Let's ask the hawks to listen.  If they will, great. If they won't, maybe the other birds, the ones sitting quietly in the bushes will hear us, be inspired by our courage and join in? Maybe a few sparrows together can chirp loud enough to be heard?  Maybe our collective chirp will rise above the squawk? We might have to raise our chirps a little more than usual. You know, chirp like we mean it--like the bird feeder is empty or the cat is too close.
Let's not squawk though.  Keep it to a respectful, but assertive chirp.
Oh, and let's not fight. There is too much of that going on already.  The hawks may be surprised when we start to chirp up a bit.  They may try to give us the hawk eye to shut us down, or challenge us to a mid-air battle, or try to squawk over us, but again, if we chirp together, we'll  be heard.
Let's say what needs to be said, Little Birds!  Let's speak the truth in love. We must raise our chirps for the sake of the other little birds out there. The ones who are new to these skies, or scared, unsure of themselves, tired, vulnerable, or easily intimidated. The ones whose chirps aren't easily heard.  The ones who will never be heard if we don't do some chirping ourselves.